Hello dudes! We are back with the third episode of Gaki no Tsukai's I Think You Like This. Again the link to the first is here. The second can be found here.

This time their guest is a female celebrity, Tomochika. Hope you enjoy.


Gaki no Tsukai - I Think You Like This #3 by KaizenSubtitles

Additional notes:
Since there were quite a few times where names of people that I assume most of you don't know were said, I thought it might be useful to give a bit of background information on these people. Although due to my limited knowledge, there isn't a lot haha. Hope this helps though! Chage and Aska are a Japanese Pop Duo who formed in the late 1970's. They are one of the best selling artists of Japan with over 30 million records sold. In May 2014, Aska was arrested on May 2014 for possession of illegal drugs and his partner Chage apologized on his behalf during this time. Matsumoto makes a reference to this as Hamada had recently been caught cheating on his wife for three years with a gravure idol named Yoshikawa Maiko. Lioness Asuka is a retired female pro wrestler. She was one half of The Crush Gals, a tag team she formed with partner Nagayo Chigusa. Together they were one of the most successful and popular tag teams of all time.

Hashida Sugako is a Japanese screenwriter most famous for writing the novel Oshin which has achieved international success.

Itami Juzo was an actor and a world renowned film director who directed comic satires. He committed suicide in 1997 by jumping from the roof of the building where his office was located.

Maezono Masakiyo is a retired football player. Leading the Japanese national team to a victory over Brazil in 1996, he was a Japanese hero and was one of the best players of the sport in Japan. But shortly after his career went into a decline and never played to what was expected of him. 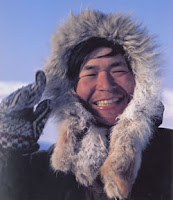 Uemura Naomi was a Japanese adventurer famous for completing various things that had only been completed before with large teams. He was the first man to do many things, including reaching the North Pole and climbing Mount McKinley. He disappeared in February 1984, while climbing a mountain. When Tanaka says "I am going to climb this mountain," it was in reference to him. 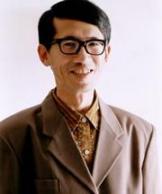 Mr. Okure is an actor and comedian. No further info.
Posted by Unknown at 01:48 5 comments:

Hey there, welcome to Kaizen Subs! Here's our first release, the second episode of I Think You Like This. If you guys want to watch the first, you can watch it here.

This is our first sub and we hope you guys like it.

We'll be subbing the third episode too and it'll be up soon. :D

There'll definitely be many more to come!
Posted by Unknown at 08:41 3 comments:

Fund the cause! :D